Skip to content
It’s been a busy year and I’ve been using the Mk1 as much as possible over the last few months…bringing it to IMM, doing lots of track days and also entering the car into the Mondello Historic Festival in July.
After contemplating selling the 1480 engine earlier in the year, I decided to stick with it for a few more months while upgrading it with a new dog box and replacing the ECU for a CSI distributer to be compliant with HRCA regulations. 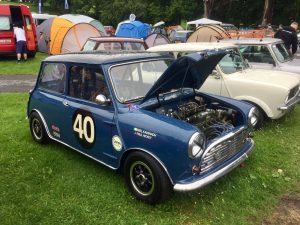 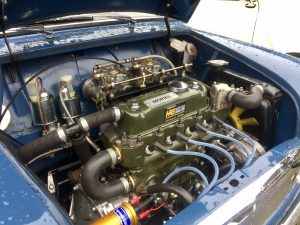 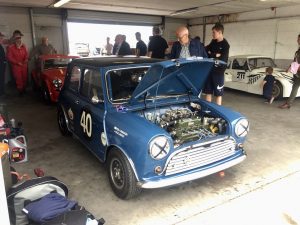 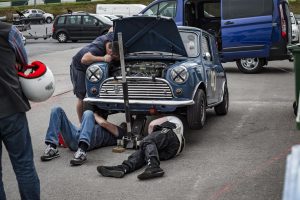 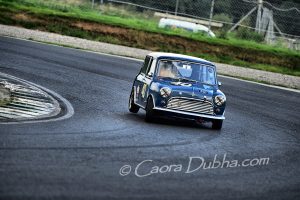 With winter coming fast and my funds tied up with other things, however, I’ve decided that the 1480 will definitely have to be sold soon. The car will now be getting a little bodywork tlc before being put back on the road for a couple of years.
This was a big decision, but before I go the full FIA route I’d like to enjoy using the car as much as possible and then completely restore the shell and build it back up properly. I also have an option to race another Mini that Paul Hickey and I will be working on which will be very interesting! Once the car is done I will then turn to the Mk2 project I have and keep it as a full time road car.
The plan with the shell for now is to replace both sills and the rear valance, and get some bubbling on the scuttle fixed as well as paint the front end. Paul Hickey will be building me a fast road 1293 using an A-series block, 1805 head, remote box and H4 carbs that I already have. I will also be replacing the full interior and changing the suspension set up. I’m aiming for the Cafe Racer look! 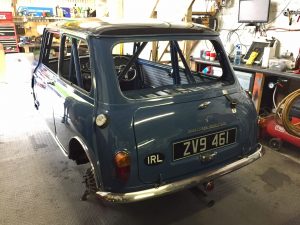 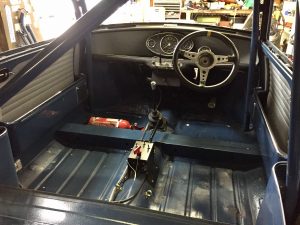 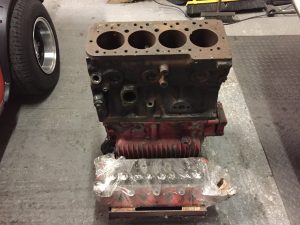 Will update as much as I can over the coming months, but in the meantime here’s a quick video from the Mondello Historic Festival before a broken alternator caused havoc!
https://youtu.be/RcGu26z6t10