This project has been a long time in the making, and what a relief it is to finally share it with you!

My partner in crime with all things Mini racing is my good friend, Paul Hickey, of Hickey Race Engineering. We’ve literally spents endless hours of our lives talking about racing Minis, working on racing Minis, dreaming of racing Minis…you get the picture!

Most of our recent interest has been in Minis of 60s, but a visit to the magical Goodwood Motor Circuit a few years back opened our eyes to the sublime 70s spectacle of Camaros, Capris, SD1s and, crucially, a couple of Mini 1275GTs (run by the infamous Swiftune outfit) ripping up the bigger and more powerful cars!

It was after witnessing these awesome Group 1b Touring Cars at both the 72mm and 73mm Members’ Meetings, that our Mini mutterings naturally turned to the possibilities of building our own 1275GT. But, were any of the original GTs remaining? Who’s car could we build a replica of?

Some research revealed that less than 10 Mini 1275GTs competed in the Group 1b BSCC era – the best known among them being the Patrick Motorsport car of Richard Longman, the Datapost car of Alan Curnow, and  the white, red and black liveried car of Jon Mowatt. In fact, modern replicas of the Longman and Curnow cars along with the fully restored original Mowatt car are regulars at race meetings across the UK.

Among the list of other 1275GTs that competed – including those of Steve Harris, Tim Goss and James Burrows – was that of Tom Pitcher.

And it was this car, and the story behind the man himself, that really captured our imagination. Particularly as the only publicly available photo online (as found on TouringCarRacing.net) was a bit of a tease!

A quick Google search revealed that Tom was a double BriSCA F2 Stock Cars World Champion (’68 and ’73) and the subject of a documentary called ‘The Road to Mendips’, charting his  journey to victory in ’73.

And it was while browsing photographs of Tom’s stock car racing that we noticed an iconic Mini name brandished on its side – ‘Longman’ – which gave us a clear direction of where to continue our line of enquiry! 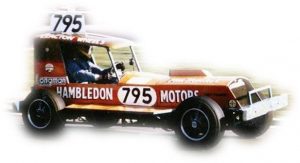 While waiting on a response after contact was made with Mr Longman, we made an appeal for information on Tom and the car on the Group 1 Touring Cars group on Facebook which, as well as turning up an incredible photo of the car at Magny Cours in ’79, also revealed that Tom had sadly passed in ’92. 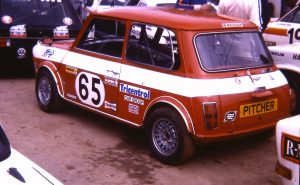 Soon after this discovery, Richard Longman provided us with a wealth of information about Tom, his family, and the car.

Tom and Richard had been close friends, both living and working near Christchurch in Dorset. While Tom’s primary interest in motor racing was Stock Cars, Richard’s love of Minis must have rubbed off on Tom and he decided to give Minis a go himself. Tom raced various saloon Minis, with engines built by Richard, before he made his BSCC debut in ’78 racing under the Patrick Motorsport banner.

As well as sharing some memories of Tom, and putting us in touch with one of Tom’s close friends and former mechanic, Peter Dodd, Richard also shared some photos from the ’78 season.

And so, we were gripped. Tom seemed like a remarkable man, both on and off the track, and having been told that the original car had long since been sold and destroyed, we felt like building a replica was something we absolutely had to do.

A ’76 GT shell with a Rollcentre weld-in cage was sourced locally and Paul got straight to work putting a HUGE amount of hours in to straighten up the bodywork and prep the shell for paint, while I got to work researching specs and build details etc.

The result of which is that the shell is now finally painted and all the decals fitted, thanks to the design talents of Maxi and Wrap.ie.

And how good does it look! 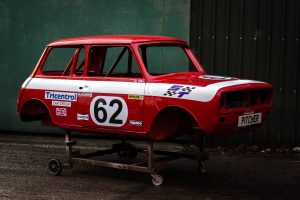 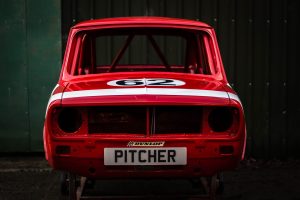 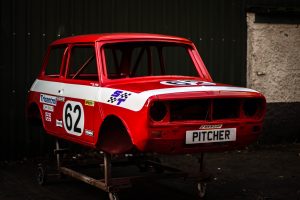 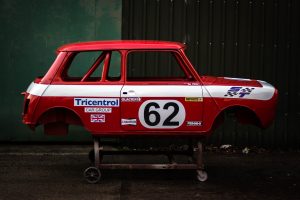 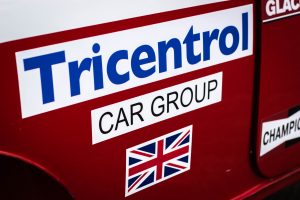 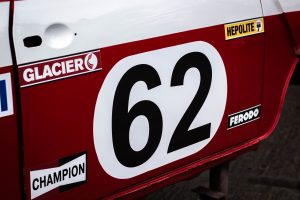 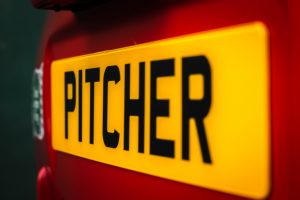 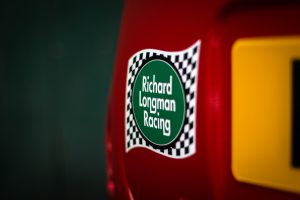 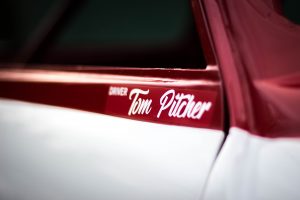 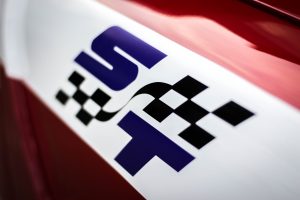 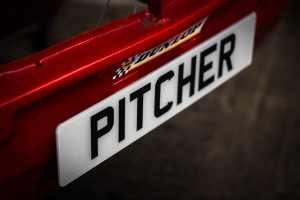 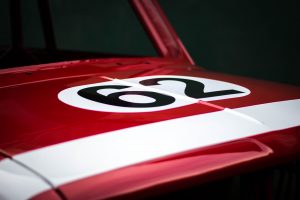 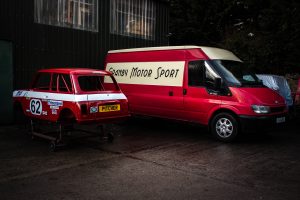 Assembly of the car has started this week and we’ll be keeping you posted with regular updates on our progress.

We’ve also been in contact with Tom’s widow, Margaret, and are hoping to show her the car in person in the coming months as she only lives up the road in Northern Ireland!

We have yet to confirm the first race meeting for the car, but plans are being mulled over for later this summer and will be revealed shortly!