It’s been a busy year with work for Paul and I so far, and the cost of this has been getting time on the Tom Pitcher car.

Race car builds like this can often appear simple when you set out on them because you trick yourself into thinking…”it’s just couple of subframes and an engine isn’t it?”.

What you forget is that lots of parts have to be researched, sourced and (if you’re Paul!) be custom made – like the awesome alloy seat brackets and steering column clamp he made. These two items took a month to make in his spare time alone!

Where we are at now is the seat, pedal box and steering is installed, and the rear subframe is complete and fitted. 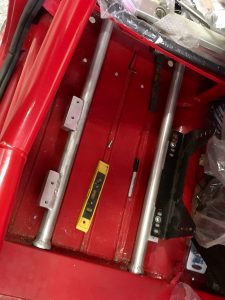 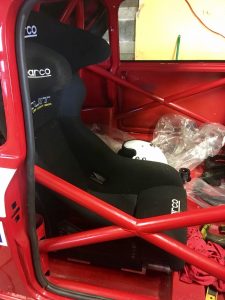 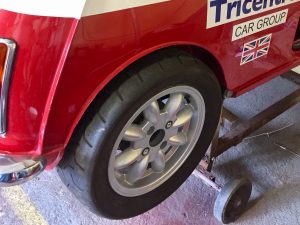 We also fitted (thanks to some pressure to show the car at the Terenure Car Show!) all of the brightwork, badges and arches. And, to make the car look more complete, we fitted a temporary front subframe and windows.

Seeing the car on its wheels for the first time was very special and the result speaks for itself! 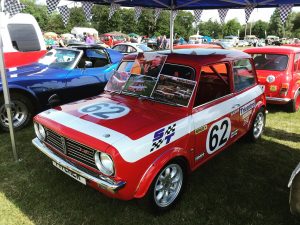 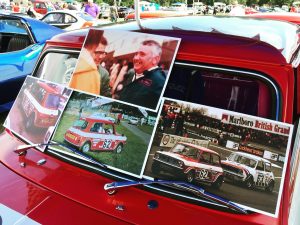 There was great interest and appreciation for the project and we can’t wait to progress things further.

There was also great interest in the other car we brought, our Irish built 1967 Mini Marcos ‘hedge find’. More to come on that project at a later date! 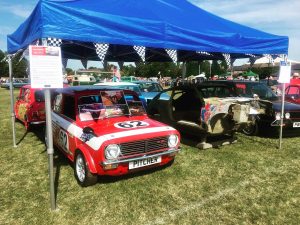 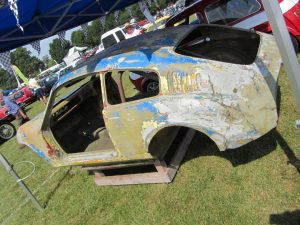 In the last update on the Mk1, I indicated that the car was going to get some minor body repairs before being put back on the road, but, in a characteristic u-turn, I have now decided to go all out and do a major body restoration on the car!

Having removed both sills to replace them, I discovered some horrendous repairs that had been carried out by previous owners and didn’t feel comfortable covering them up again.

The shell has always been rust free, but I knew it had some bad repairs to floors etc and I think it makes sense to do it all now instead of prolonging the inevitable.

At the moment, the intention is to build the car to proper FIA spec with a Custom Cages cage etc, but they may change again!

For now, at least, the shell is stripped and will hopefully be heading for the body shop in the coming weeks. 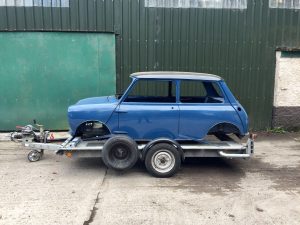